It's 730am, I'm driving down the Gardiner and there are tears streaming down my face.  I zone back in and immediately think 'get it together Ese!'.  I don't know why it hit me then, there was nothing special about that day.  It was a regular Thursday.  I was heading to the job that I love.  But that's when it hit me.

For 13 odd years I had one goal in life.  Every choice I made from the moment my eyes open, to the last thought I had before I fell asleep was to reach that goal.

Over a decade later, hundreds of thousands of hours later, and I hadn't met my goal. And it hit me.

What really got me though, was the feeling that I had let so many people down.  And this was a common thread that I found with posts I had read from other athletes who had fallen short of their Olympic dream.  That thought that, them not making it was letting everyone who had cheered them on down.  What I've learned though, is that is the furthest from the truth.  Those that have been along this journey with you are just as proud as if you had made it.  They are proud that you put yourself out there to do something that many would never dare to do.  They are proud and inspired by your perseverance and dedication.  They are proud to say they know you and of who you are, outside of just being an athlete.  These are the things that I tell myself to make the tears stop.  These are the things that I tell myself, and I know them to be true.  My family and friends aren't ashamed or let down by me.  They love me regardless of where I was August 5th to 21st, 2016.  They are proud that I went after it, that I put my heart into it, that I gave it my all.

The games are now done. The questions of 'why aren't you in Rio?' surely are to stop. Now the big question is... 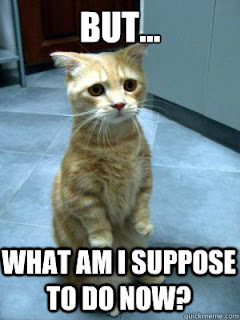 Posted by Eseroghene Omene at 6:06 AM
Email ThisBlogThis!Share to TwitterShare to FacebookShare to Pinterest

Eseroghene Omene
I hope to someday represent Canada as a track and field athlete.